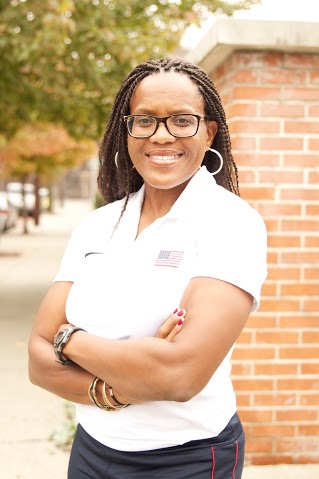 Lisa Morgan isn’t just one of the premier track and field coaches in New Jersey, she’s also one of the most respected and successful coaches in the United States.

Under the watchful eye and expert tutelage of Morgan, Columbia High School has been a national powerhouse and a permanent fixture on the national stage since she took over the reigns at her alma mater in 2008. Morgan, a star 800 runner at Columbia in the mid 1980’s, ran at Virginia Tech and Kentucky before returning to Columbia to work on the staff under legendary coach Len Klepack.

Then from 1993 to 2003 she served on Coach John Moon’s staff at Seton Hall University, and helped guide the careers of such stars as Flirtisha Harris, Bryan Spoonire, Ned Brooks and Marissa DeFreese.

Next came a brief stint as a personal coach to runners like Kenia Sinclair (the Essex County College and Seton Hall grad from Jamaica who was sixth in the 2008 Olympic 800 final), and 400-meter star Sophia Smellie. After Klepack left Columbia to take a coaching position at East Carolina in 1999, Columbia’s program began to slip, so in 2008 Morgan decided to step in.

Morgan quickly restored Columbia’s tradition of excellence and added to its rich legacy with a remarkable run that promises to continue under her remarkable vision and track wisdom. Under Morgan’s leadership Columbia has produced several All- Americans, smashed multiple state records, and captured many national championships, and set the New Jersey record for the most state relays titles won. Morgan has been chosen New Jersey State Coach of the Year for the girls’ and the boys’ program multiple times.

This past March, Columbia, led by state 400 record holder Olivia Baker, broke the state indoor record in the 4×400 by more than three seconds when it ran 3:42.03 to win the New Balance National title in New York. Three years ago, Columbia broke the state outdoor 4×400 record by running 3:40.97.

As you can tell by everything Morgan has accomplished in her career, when you come to a track camp that she’s running you are learning from one of the very best there is!